The winners are as follows:

Tonasket, WA resident Paul Lewis (’84 Corvette) won his bracket by default. His opponent was not present for the final round.

Brad Heppner (’89 Ed Quay dragster) drove a long way from Sicamouse, BC. He managed to drive past Lorne Pearson (Grand Forks, BC) in his ’86 Chevrolet S-10 truck.

Oliver, BC’s Warren Brown (’02 Kawasaki) won by default. His opponent was not present for the final round of elimination. 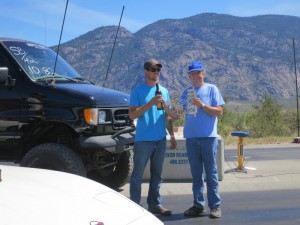 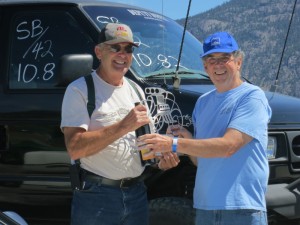 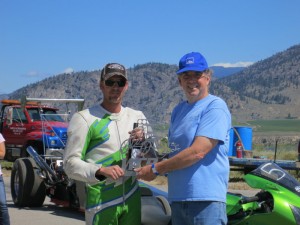